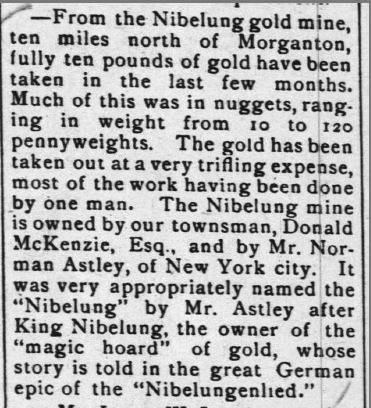 At the 2019 biennial conference of The Church of Light, I mentioned in my closing remarks a strange pattern discernable in the authors associated with the Hermetic Brotherhood of Luxor in America. They wrote about the spiritual and metaphorical transformation of lead to gold, but they actually literally pursued gold mining on the physical plane. Although Peter Davidson’s hopes of discovering gold in the Blue Ridge mountains of north Georgia were derided as fraudulent at the time, the family did indeed discover gold and profit from mining. Henry Wagner, M.D. had a career as a medical doctor but his wealth related to having practiced in Virginia City, Nevada during the Comstock Lode boom, and then moving on to Colorado where he continued to invest in precious metals, now gold more than silver. Since moving to New Mexico, the headquarters of the CofL have been on Gold Avenue, and that seems far more appropriate than the nearby Lead Avenue.

The chain of associations above was engendered not by the wealth of the Wagners or Davidsons but by that of the Astleys. When visiting Burke County, North Carolina, the Blue Ridge location where Norman and Genevieve Astley made large land purchases in the 1890s, I interviewed local historian Helen Norman who pointed towards the gold mining area where the Astleys had invested. My September blog post will feature a book she co-authored about the local community, which includes photographs of homes associated with the Astleys’ associates in the county. The above paragraph from the Morganton Herald, published October 21, 1897, documents their success in finding gold.